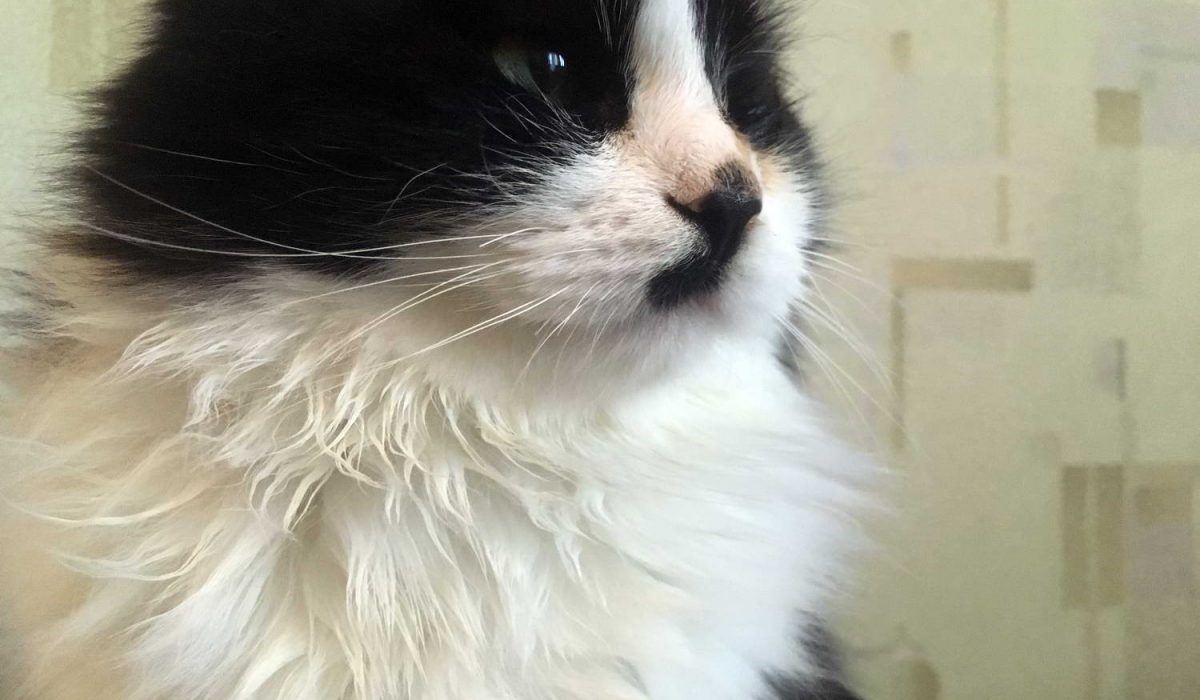 Engine in the Butt or Scabs on the Nose

One day I have noticed something black on Panda’s nose under the white fur. I’ve got a bit worried but decided to wait for several days and see, but the thing didn’t go away and became even more black. After some time it has started to raise above the surface of her nose.

In panic I have started to check Panda’s photos to see since what time she had got it. Also, I’ve searched Internet to see if someone’s cat had something similar. I have even thought about melanoma! But whew, it looked like melanoma is quite rare in cats.

In one article I saw a photo of the cat which looked like maybe the same, but not so obvious. They said it might be just some kind of a scab, which
came off in several days, but Panda has been growing it for about a month!

So, after my research I went to bed thinking that I’ll check and examine her nose thoroughly again in the morning and then I’ll call my vet…
In the morning her nose was clean! lol I’ve searched around and have found that piece, really a scab which came off.

Nothing serious! She is just a proud scab carrier! 🙂

Probably, I should buy her this )))

Signs that Your Cats are Friends